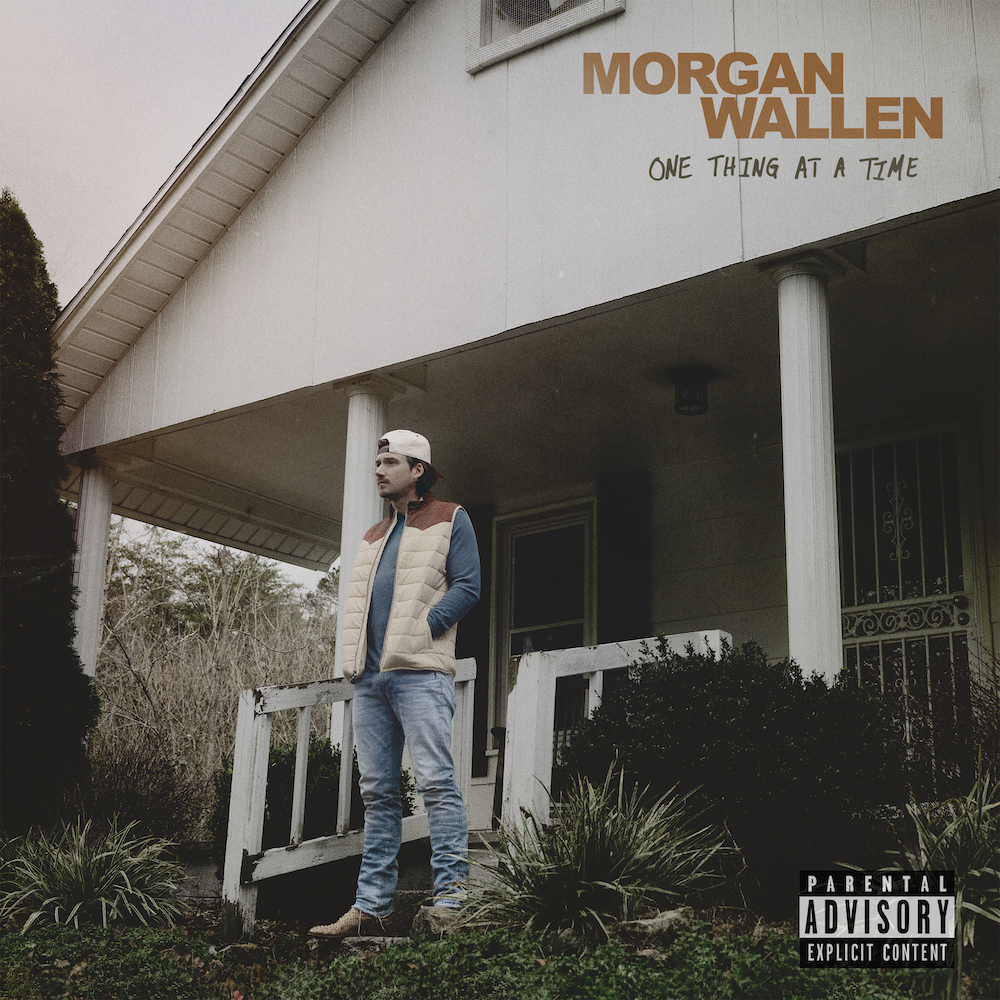 MORGAN WALLEN’S THIRD ALBUM: ONE THING AT A TIME OUT ...

With over 12.3 billion on-demand streams, multi-platinum certifications and seven chart-toppers at Country radio, it’s no wonder The New Yorker dubbed Morgan Wallen “the most wanted man in country.” His critically-acclaimed, 4x platinum ACM Album of the Year Dangerous: The Double Album (Big Loud/Republic Records) -- Wallens follow-up to his Double Platinum breakout If I Know Me. -- topped 2021s all-genre Billboard 200 Albums year-end chart with 4.1 million units sold earning him 2022 Billboard Awards Country Male Artist top honor while continuing to notch historical chart status as Billboard’s longest running Top 10 album in history for a solo artist (eclipsing Adele’s 21 and Bruce Springsteen’s Born In The USA). Its success sparking an in-demand 55-show THE DANGEROUS TOUR in 2022 that kicked off this February and wrapped in early October, with the superstar’s first headlining stadium show at Globe Life Field in Arlington, TX that saw Wallen shattering attendance records previously held by Elton John and Lady Gaga. The east Tennesseans hit-packed set included “Up Down” (2017), “Whiskey Glasses” (2018), “Chasin You” (2019), “More Than My Hometown” (2020), “7 Summers” (2020, named one of Time Magazines Best Songs of the Year), “Sand In My Boots” (2021), and his crossover “Wasted On You.” Wallens first solo release of 2022, the emotional ballad “Don’t Think Jesus,” timed to Good Friday in honor of its redemptive lyrics, earned a Top 10 Billboard Hot 100 debut and landed atop Billboard Hot Country Songs chart making him the first artist to score three No.1 debuts on the chart (based on airplay, streaming and sales) since its inception. Follow up single “You Proof,” released in mid-May, became Wallen’s fastest chart climber to-date, reaching No. 1 after 14 weeks and remaining at No. 1 on Billboard’s Country Airplay chart for six non-consecutive weeks.

Working outside the traditional Nashville mainframe with producer Joey Moi, Hits Magazine notes, “Wallen continually colors outside the lines,” adding, in turn “hes connected to his fans in ways unprecedented for a country star.” Having already taken home New Artist of the Year in 2020, the CMA New Artist Winner also won AMAs fan-voted Favorite Male Artist and Favorite Country Song at 2022’s awards. The east Tennessee superstar and recent ACM Milestone Award recipient shares, “Awards are awesome, but my true measure of success is my fans, who this year I got to see every single night out on the road and will continue to do so for many years to come.” Thanks to nearly 1 million of his fans, $3 for every ticket sold during his 2022 Dangerous Tour has raised nearly $3 million benefitting the Morgan Wallen Foundation which funds causes close to his heart.