MORGAN WALLEN DOUBLES DOWN ON DANGEROUS, OUT NOW 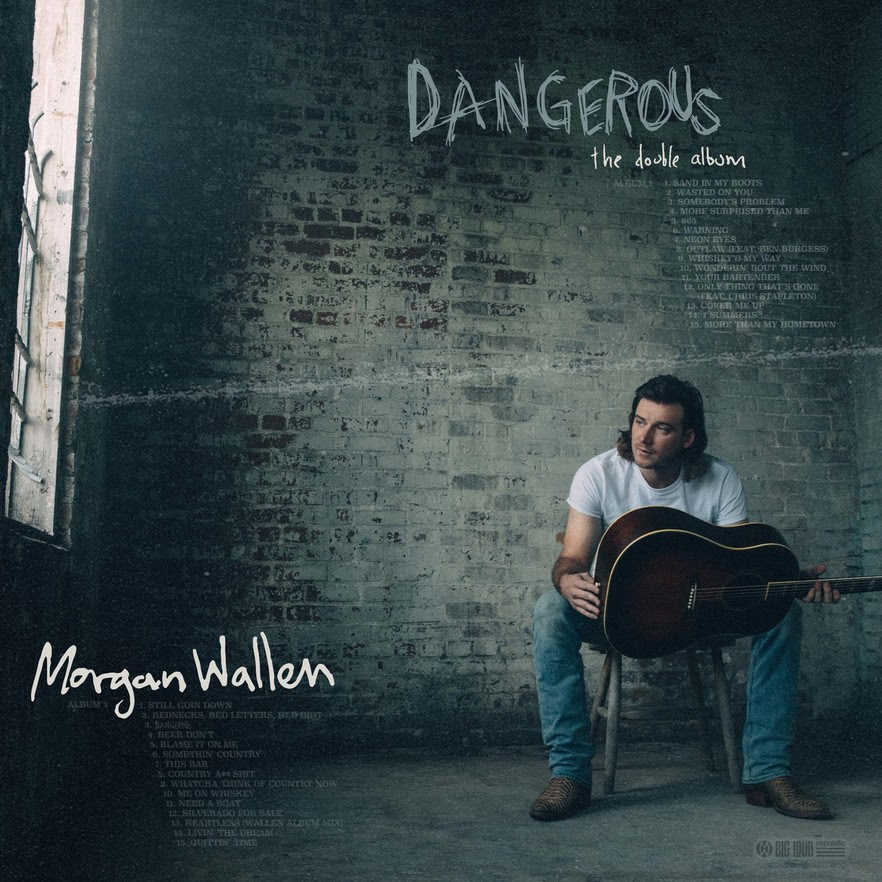 AND THE TENNESSEEAN ROLL IN

—
WILL GO LIVE FROM THE RYMAN TUESDAY, JANUARY 12 FOR GLOBAL LIVESTREAM CELEBRATION

“Started writing for this album two and a half years ago and had no idea what those two and a half years were going to bring,” shares Wallen. “I tried to put all of those emotions from that time into one album but couldn’t — so we decided to make two. I hope you listen and it brings you some escape, some joy, some peace. That’s what I’ve found in it. Thanks for all of the support and I can’t wait to play these for y’all live one day.”

Grounded by the Tennessee native’s gravelly, tobacco-tinged voice and rooted in his hometown tendencies, the 30-track double shot pushes boundaries across the board, marrying modern production styles, classic Country lyricism, and Wallen’s wide range of influences on over 90 minutes of new music. GQ raves, “Wallen is that rare country artist with the range to pull off arena rock, easy-vibes Americana and traditional country ballads.”

Doubling down, Wallen tallies 16 credits as a songwriter on the collection alongside a highlight reel of Nashville’s finest collaborators, including Ashley Gorley, Shane McAnally, Josh Osborne, Rodney Clawson, and close friend Michael Hardy. Produced entirely by Joey Moi, with co-production on select tracks by Dave Cohen, Matt Dragstrem, Jacob Durrett, and Charlie Handsome, Dangerous is a continuation of the signature sound Wallen and Moi crafted on his PLATINUM-certified #1 debut, If I Know Me.

In celebration of the new release, Wallen will go Live From The Ryman for one night only this Tuesday, January 12, on his YouTube and Facebook pages, performing a full band set of the all-new material. The global livestream event will take fans into Nashville’s mother church for the high-octane concert, starting at 9pm ET / 8pm CT.

Ending a record-breaking 2020 with a bang, Wallen debuted on Saturday Night Live and was profiled in The New Yorker, called “an Everyman rock star” – read “How Morgan Wallen Became The Most Wanted Man In Country” here.

Current chart-stormer “7 Summers” is “a sign not just of (Wallen’s) own stardom, but of Country’s streaming rise,” (Billboard) continuing its reign in the new year after being named one of the Best Songs of 2020 by Los Angeles Times, The New York Times, Rolling Stone and TIME, and surging into Country radio’s Top 25.