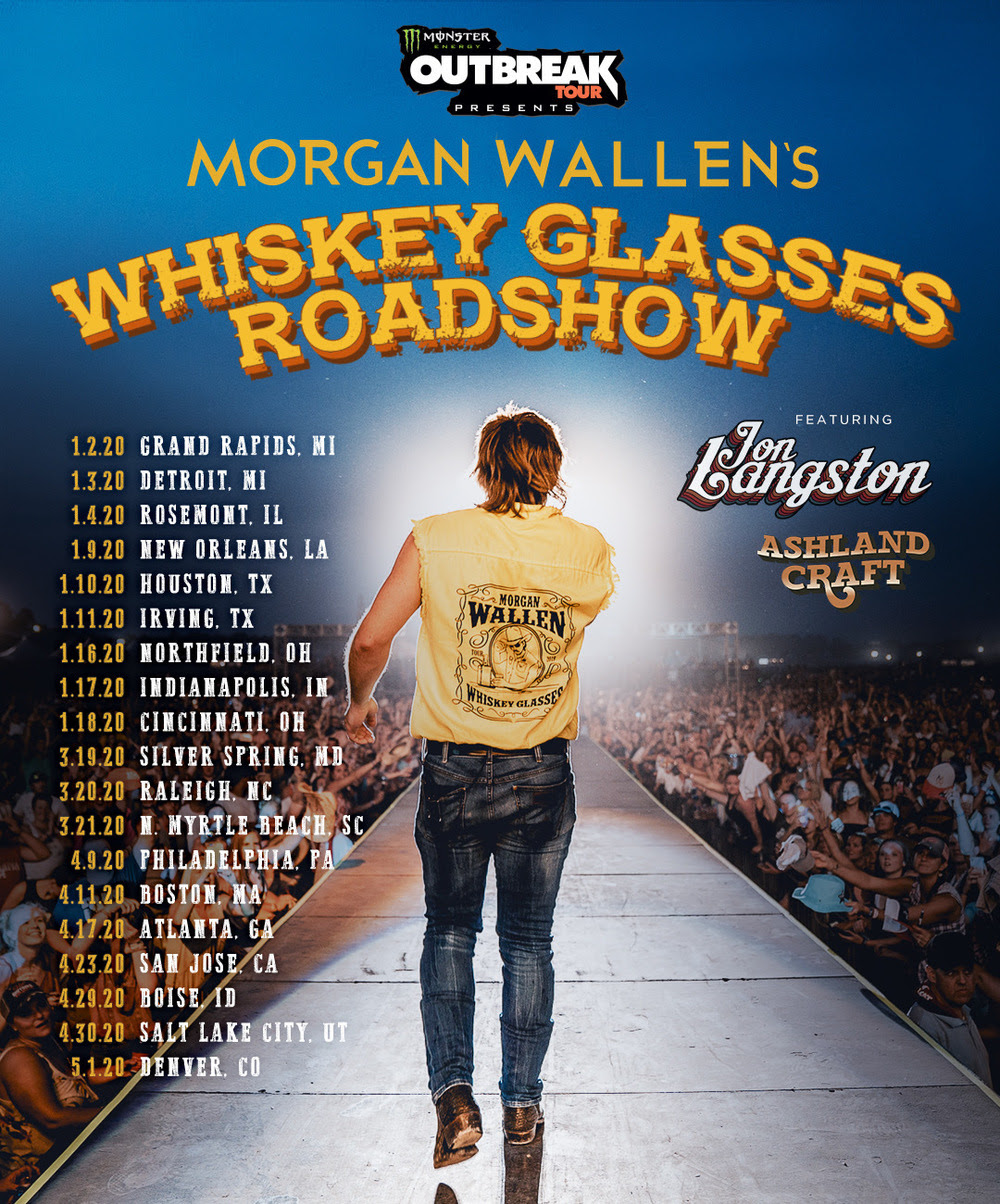 “CHASIN’ YOU” RISING HIGH AT COUNTRY RADIO; OUT ON TOUR WITH LUKE COMBS NOW

“This year so far, I’ve mostly played shows as the opening act. While I love that, and appreciate everyone who’s made that possible, I’m ready to get into rooms where I know the energy will all be directed towards our music and our production,” shares Wallen. “It’s been a while since I’ve gotten to headline, so I can’t wait to see some of the same faces I’ve gotten to know from before and get to know a bunch of new ones. I know it’s going to be the best one yet. Jon is one of my good buddies and has his own star rising, so I’m super pumped he accepted the offer to come out. Ashland is a new talent, one that most aren’t familiar with yet, but that will change soon. So I ask y’all to show up early and show both of them love. You won’t be disappointed.”

Set to kick off January 2 in Grand Rapids, MI, and roll through May 1 in Denver, CO, the coast-to-coast run will feature special guests Jon Langston and Ashland Craft, stopping in 19 cities nationwide. Pre-sales for tickets to MONSTER ENERGY OUTBREAK TOUR PRESENTS: MORGAN WALLEN’S WHISKEY GLASSES ROADSHOW begin October 14 and will go on-sale to the general public October 18. Live Nation is the official promoter of the tour.

Recently named to PEOPLE’s coveted “Ones To Watch” list, the news follows Wallen’s successful 2019 IF I KNOW ME headline tour, massive summer on Florida Georgia Line’s CAN’T SAY I AIN’T COUNTRY tour and his second consecutive PLATINUM-certified #1, “Whiskey Glasses.” The East Tennessee native scored his first-ever CMA nomination for New Artist of the Year – and has been projected as a top contender for the 2020 GRAMMY Award for Best New Artist by Billboard and Forbes.

As 2019 winds down, Wallen is keeping his foot on the gas as breezy heartbreaker “Chasin’ You,” gains at Country radio and he joins Luke Combs’ sold-out BEER NEVER BROKE MY HEART tour.

Earlier this summer, Wallen unveiled hypnotic collaboration with Diplo, “Heartless,” and will hit the road on Jason Aldean’s WE BACK TOUR next year.

← MORGAN WALLEN BRINGS THE HEAT TO THE OUTDOOR STAGE AT JIMMY KIMMEL LIVE! (9/24)
How Morgan Wallen’s ‘Whiskey Glasses’ became one of the year’s most unexpected hits →