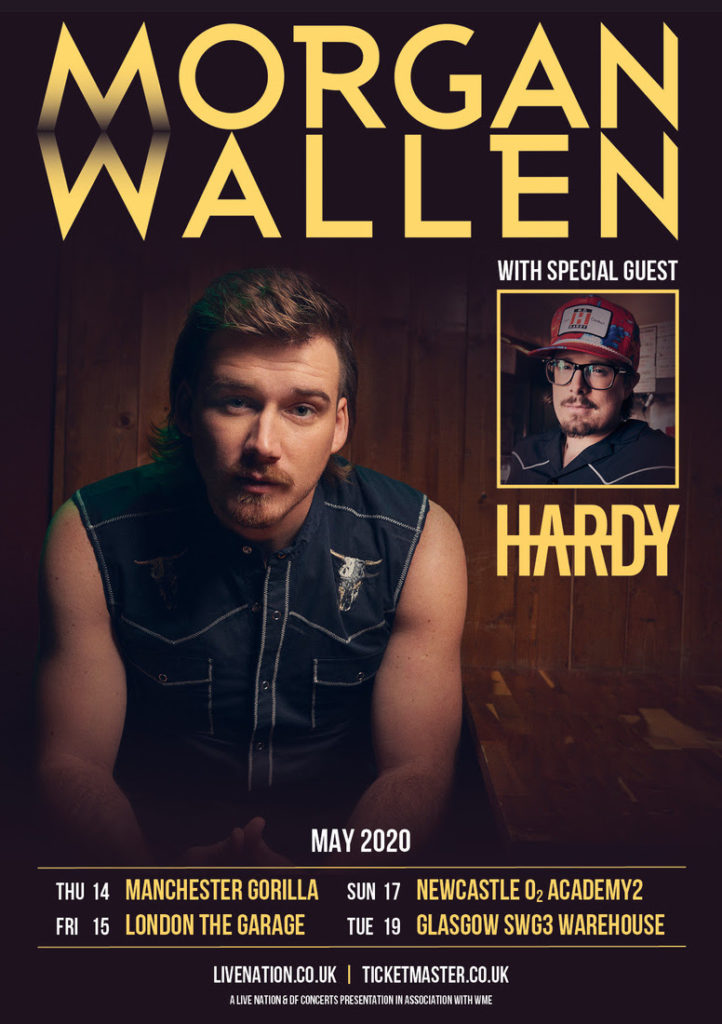 MAY TREK TO FEATURE HARDY AS SUPPORT

Hot on the heels of his sold-out U.S. headlining run and a nationwide direct support slot on Jason Aldean’s WE BACK TOUR, Big Loud Records star Morgan Wallen will take his talents and raved-about live show across the pond for his first European headline run.

“I can’t wait to get over to the UK for my first time ever,” shares Wallen. “I’ve always heard how amazing the fans are over there – looking foward to experiencing it for myself. Y’all get ready for a good time!”

Launching May 14 at Manchester’s Gorilla, Wallen brings longtime collaborator and friend HARDY along for the ride. With Top 25 debut single “REDNECKER,” and four PLATINUM-certified #1 singles as a songwriter under his belt – alongside upcoming state-side touring runs with Cole Swindell and Thomas Rhett – the rising singer-songwriter adds to his resumé with the international stint.

Ticket pre-sales begin February 5, and will go on-sale to the general public February 7. Live Nation is the official promoter of this tour.

Last Friday (1/31), Wallen released a new version of PLATINUM-certified Diplo collaboration “Heartless,” adding Julia Michaels to the mix and pairing it with a fiery new music video. Watch the clip, directed by Brandon Dermer and shot in Nashville, here. Wallen is in the studio now working on his second album with producer Joey Moi, expected for release in 2020.